After Strange Therapy - what I experienced, felt and learned as a naive developer

A week has passed since I released my first game. Here's what I experienced, felt and learned in that journey. If you haven't played the game, play the game first because it contains spoilers. I have so much to say but I'll try to keep it short :) 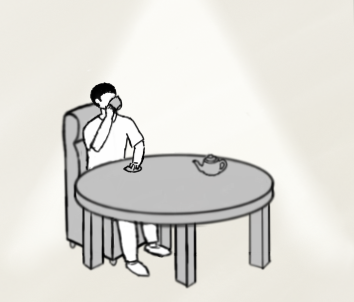 How did I decide to become a developer?

Well, before anything else, it was something I always dreamed of. As a person who really enjoys playing well-made games,  making a game was always there in my bucket list, and I often thought about what I'd make if I ever get a chance to. I've made several games (more like 'something playable') for classes, but they were often just a draft or not good enough to be published.

Recently, I had to get a knee surgery from my childhood injury. I spent a lot of time in bed and a wheelchair because I couldn't move, and I had to take a semester off for treatment. After I was able to move around for a bit, I had to decide what I was gonna do with the rest of my time, because I was just living off my savings, and to pay the rent and make a living I had to work.

I had limited choices of part-times (I haven't recovered fully yet), so I had few choices: I could start tutoring again, or I could study for a competition that has decent prize money. I thought of doing the latter because I prioritize personal achievements and they can definitely help in my future career.

Then I thought - this is the perfect chance to do something you always wanted to do. Why not take it?

I didn't go just 'Hell yeah' with that thought. Doing something one wants is risky for everyone - even when there's a chance. We're often not good, not skillful enough and there's plenty more chance to fail than to succeed.  Sticking to what we do best is often considered the safest choice.

But then I thought - Everything I achieved in my life so far (if I have any) was through competition. I'll probably spend the rest of my life competing (I know - limited resources and stuff). Why don't I try doing something creative for just once in a lifetime?

So I decided to become a developer and here I am! I didn't just become a developer - I became a programmer, a story writer (not just a story but an interactive story!) and an artist. Now I can cross out multiple lines from my bucket list. Yay! 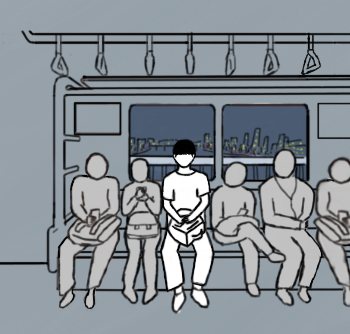 Making and publishing a game as a developer

It was not easy. In fact, It took me way more time than I thought it would. I didn't work full-time, but it took me a little more than 2 months to make a small game like this. Surprise, huh? Here's what my progress roughly looked like:

While I was slow, I tried my best to never lose track. And I'm glad I did that. I had to cut down the complexity of the story and the involvement of the choices in it to finish. But eventually, I ended up with something acceptable. 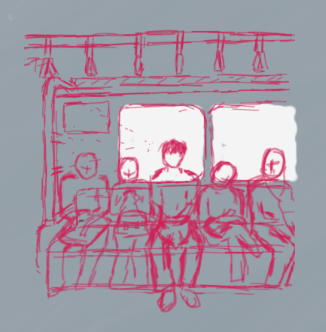 Strange Therapy is a game about my personal experience - a game that makes the players go through what happened to me from June 8th - June 18th, 2016 and after.

The experience for me, it was kind of cruel.

I had to make many heavy choices that I knew would count - quickly.

The choices had to be made by me and only me.

I had to bear the consequences of my choices by myself.

I had limited time but things were crashing on me too fast.

I was emotionally devastated but I still had to be there for more choices to be made.

I intended the players to kind of feel this way too while they were playing this game.

This game has several objectives colliding on each other. You have to study for the finals, handle the project with your friends, spend time with your girlfriend, and take care of your dog. They all have deadlines but you have limited resources - your time. Often they're all very important in your life but you're forced to choose because of the limited time.

This game recognizes what kind of choices you're making, and responds to it. You're not given the hints to solve the puzzles if you don't spend time studying. Your relationship with your friend or your girlfriend can come to an end if you don't keep up with them or make the wrong choices. But I didn't make an option to not take care of the dog for an obvious reason - I'll never choose to not take care of him. So the game revolves around options on how to not let go of the most while you're taking care of your dog that's dying.

However the objective of the entire game was not just to make players go through what I went through. It was to talk about the loss, love, life, - and most importantly -  hope about the story. The reason I made this game, in addition to what has already been described in the game, is to help myself and help people who've gone through or going through similar processes. The reason I made a really vague intro and description for the game is because while the story handles a very specific topic and experience, I didn't want this experience to be for a specific audience. Reason for grief and depression can come from all kinds of causes. I probably won't even get a grasp of them, because I have not been through them. But instead, I can tell you about what happened to me and let you try to get a grasp of mine. Maybe that way you can experience/feel/learn about what's it like to relate and share, and try for yourself.

So this game turned out to be something like a therapy. But not a real therapy (I'm not a therapist) -  so a strange therapy. A therapy where you don't talk, but you play and choose. 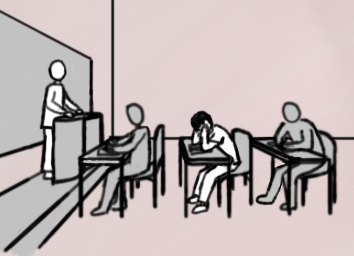 How did it go? Did it work?

Let's talk about things that went wrong first. I kind of did a poor job on polishing the game. I tried my best with the art but obviously, they weren't the best in the neighborhood. I hope I get better as I practice more.

My game contained many typos, many grammatical errors, and bugs. I fixed most of them (I hope) but I'm sure there's more out there. English is not my first language, but that's no excuse. I should have at least given my script an analysis on Grammarly or something before I published the game. The typos and grammar were quite embarrassing - and in some parts even critical. It must have interfered with concentrating on the game for some players. (I'll never spell weird wrong again :'( )

I even made a typo for a function name so some of the early players found this game unplayable. Also, the game was laggy when played with the Firefox browser on some of the devices. (I think it has something to do with storing image textures in variables not initialized) I learned that getting some help with playtesting is crucial before releasing the game. I still have so much to learn about game developing.

After releasing the game, I was kind of worried about the game because I was not receiving any feedback. Is it really bad? Do people hate it? Does it even run..?

The problem was - it was not getting the views. I never knew that I had to promote a game after (or before) releasing it. I was really lucky to get some retweets on Twitter(Thank you so much for the retweets!), and over the week I gained around 1,000 views here on itch.io and another 1,000 on Newgrounds.

And I received some amazing feedback on the game. I guess feedback really does feed the developers. Critical feedback helped me build a better project, and kind, warm feedback really encouraged me. I'm really glad I decided to make this game and I'm proud of my work, thanks to all the kind feedback. 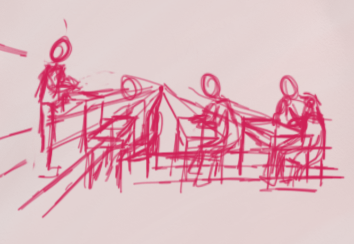 Playing great games are sometimes unforgettable. But making one was definitely a more unforgettable experience - even if it's not that great. There was so much to learn, and more to discover. 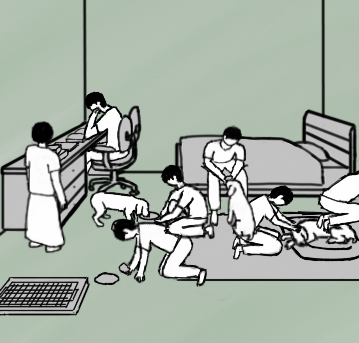 Will I continue developing?

I think I will! But it may take some time. After I deal with some things that need to be handled with my life, I'll come back with a new project. Will I make fun games too? Yes! Just like books and movies, I think being fun is a really important factor for games. But I don't think fun is everything a game can have. I've seen too many examples of great games to tell us, that games can be another sophisticated method of conveying ideas and thoughts - even experiences, feelings and lessons.

A game about loss, love, life and hope